Riders on the Storm – in Nottingham?

by Lou Collins in News Comments Off on Riders on the Storm – in Nottingham?

A green ghost rider appeared in the sky over the British city of Nottingham when scientists started testing a newly developed projecting device which allows the beaming of moving images directly onto clouds for the first time ever.

The image of a galloping horse rider was projected onto the clouds from a distance of 50 meters by a special laser-based projection system mounted on an aircraft.

The idea of such a device originally came to Dave Lynch as he was doing his master’s degree.

During his studies he stumbled upon a military paper on the war in Vietnam, describing sky projections that were used as a psychological weapon against the Vietnamese.

So when you cue up at dawn for your latest piece of tech gismo in the sales – just reflect that you’re buying defunct military tech 50 years down the line – and maybe ask yourself – what else do they have in ‘store’ for us.

And I don’t mean ‘apple store’.

Child sex abuse: There could be hundreds of thousands of victims reveals inquiry judge… Tell us something we don’t know!! !!

by Lou Collins in News Comments Off on Child sex abuse: There could be hundreds of thousands of victims reveals inquiry judge… Tell us something we don’t know!! !!
But the true figures “may be worse” because of systematic “under-recording and mis-recording” by police, Justice Lowell Goddard warned.

Officially launching her inquiry today, the New Zealand High Court judge said although generations of abuse had left “scars” on victims and society, her inquiry “provides an opportunity to expose past failures of institutions to protect children”.

Justice Goddard warned abusers that she will not shy away from investigating abuse in Westminster’s “corridors of power” or naming any VIPs involved. Every government department, public body and 18 religious groups have been ordered not to shred or destroy any documents which may be relevant to her work.

The long-awaited inquiry, which could run until late 2020, was set up by Home Secretary Theresa May last July. It came in response to claims of a top-level cover-up over allegations that a paedophile ring operated in Westminster in the 1980s. It has been hit by delays and controversies including the resignation of the two previous chairwomen because of concerns about their links to the establishment.

by Lou Collins in Uncategorized Comments Off on A Guided Meditation

by Lou Collins in News, Uncategorized Comments Off on An ECB haircut? 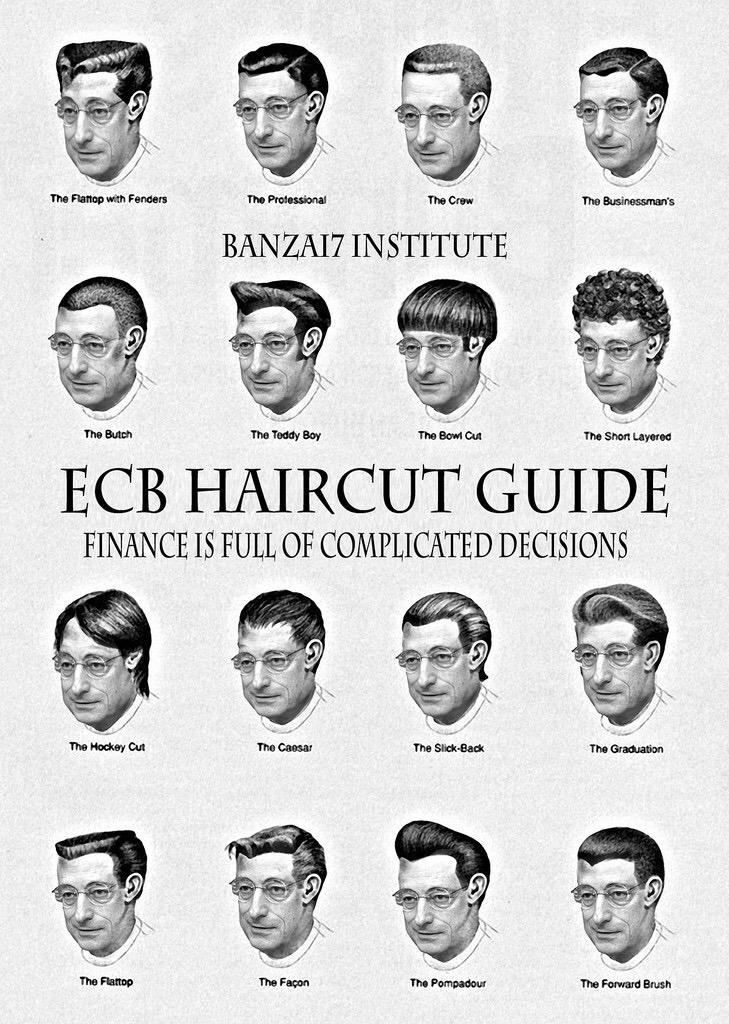 That was back in February 2015

Georgios Katrougkalos, the country’s deputy minister for administrative reform, promised his government would block the deal.

I can assure you that a Parliament where Syriza holds the majority will never ratify the deal. And this will be a big gift not only to the Greek people but to all the European people.

If TTIP is to become a reality, it will need to pass a unanimous vote of the European Council and then be ratified by all 28 member states.

Could add a whole new dimension to the Greek bail out/bail in/ troika takeover?

I wonder what the EU definition of ‘debt sustainability’ actually is…..

A retired north Wales police chief has been charged with sexually abusing three boys in the 1970s and 80s.

He was the 18th person to be arrested as part of Operation Pallial, a probe into historical sex abuse claims at north Wales care homes.

Mr Anglesea, from Old Colwyn, will appear before magistrates in August.

He was arrested in December 2013 as part of the investigation led by the National Crime Agency.

by Lou Collins in News Comments Off on The damning verdict on Osborne’s ‘regressive’ Budget: Destroying 13M Families… Old agenda being played out well there Mr Osbourne

A staggering 13 million families will be worse off by an average £260 a year due to the four-year freeze in working-age benefits and tax credits announced by George Osborne, according to an in-depth assessment of yesterday’s Budget by an influential thinktank.

The Institute for Fiscal Studies said the benefit cuts will not be offset by the new compulsory national living wage, which will rise to £9 an hour by 2020.

It described the overall changes to benefits in the Budget as “regressive” and predicted the next five years of austerity would take “much more from poorer households than richer ones”.

Paul Johnson, director of the IFS, said households receiving tax credits would be “significantly worse off” by the changes unveiled by the Chancellor, even taking into consideration a boost in wages.

The IFS estimated that the four-year freeze to tax credits will hit around 3 million families, making them worse off by an average of £1,000.

Government backtracks on plan for English votes for English laws.. So they lied, basically !

by Lou Collins in News Comments Off on Government backtracks on plan for English votes for English laws.. So they lied, basically !

The Government has backtracked on its plans for English votes for English laws (Evel), promising a redraft of the controversial proposals and postponing a Commons vote until at least September.

David Cameron had faced the prospect of an embarrassing defeat on a manifesto pledge as Tory unease combined with a co-ordinated effort by Labour and SNP MPs to object to the plans.

Commons leader Chris Grayling announced at the weekly business statement that MPs will have two days of debate on a new draft of the rule changes.

• Everything you need to know about English votes for English laws

The draft will be published on Monday, while the first day of debate is scheduled for Wednesday. The second day has not been announced but all days of Commons time before the summer recess have been filled.

Update on Russell Burton & Mickey Summers event at Association of Directors of Children’s Services national conference at the Midland Hotel.

by Lou Collins in News, Research Comments Off on Update on Russell Burton & Mickey Summers event at Association of Directors of Children’s Services national conference at the Midland Hotel.

Despite a day of cool, grey and windy Manchester weather, a fantastic group of around seventy turned out yesterday to lobby day one of the Association of Directors of Children’s Services national conference at the Midland Hotel.

There was a great atmosphere; the mood was upbeat and determined, and a powerful message was sent to all who witnessed the event that we will neither stay silent nor back down in our efforts to expose complicity in past evils and hold to account those who continue to fail in their job of protecting and caring for our most vulnerable children. Not only that, they compound their wrongdoing with yet more stonewalling, cover-up and lies and with complicity in the horrors of state child-stealing and forced adoption.

A large banner covered one of the 2 main entrances and an assortment of children’s shoes placed on the pavement provided a symbolic tribute and memorial to the many children who tragically did not survive their horrendous ordeal.

With the Midland occupying a prominent position just across from the city library and close to the town hall, the event attracted a good deal of attention from passing motorists and pedestrians, none of it apparently hostile. In fact many people stopped to ask questions and express support for what we were doing.

Police presence was fairly low-key, with only 3 officers present and, after some initial slightly heated negotiations, accommodations were made and the lead officer revealed himself as quite possibly one of the ‘good guys’.

Mickey, Nigel, Russell and others provided strong and inspirational leadership as ever and the event was most definitely and appropriately survivor-led. However, as was clear from the conversations I had, it was good to note there were also many non-survivors present in support. Whether or not directly affected, it is our fight too, and we need to stand shoulder to shoulder.

Personally speaking, I felt proud to be a part of the group and part of the event, delighted to renew a few old acquaintances, meet more new people and put more faces to names. Only sorry I will miss the remaining 2 days, as I did not realise it was continuing and have made other plans!

Unfortunately we did not see much of the Social Services personnel; possibly they were using an alternative entrance or simply remained in the building. Apologies to the exiting dermatologists who were mistakenly heckled!

Thanks for this great article Angie

Mega street party on The Mall will celebrate Queen’s 90th birthday.. Whilst families strugle to put food on the table !!

by Lou Collins in News Comments Off on Mega street party on The Mall will celebrate Queen’s 90th birthday.. Whilst families strugle to put food on the table !!

The Queen will be joined by 10,000 guests for one of the world’s biggest street parties to celebrate her 90th birthday next June, Buckingham Palace has announced.

Members of the public will have a chance to take part in the event on The Mall in London through a ballot system, joining invited guests from more than 600 charities of which the Queen is Patron.

The event was dreamed up by the Queen’s grandson Peter Phillips, who is director of a global events agency. He hopes thousands of other street parties will be organised up and down the country to celebrate the Queen’s landmark birthday and her 63 years of service.

He said: “We are aiming to inspire as many people as we can to host street parties of their own for the direct benefit of their community. I hope that people in Britain and across the Commonwealth dust off their picnic tables and join us in celebrating this very special occasion.”