by Lou Collins in News Comments Off on Coastal UK residents at ‘high risk’ of deadly asteroid tsunami, scientists warn

Britain is at “very high risk” of an asteroid tsunami that could kill hundreds of thousands of people living near the coastline, scientists have warned.

Researchers at the University of Southampton have developed software capable of predicting where asteroids are likely to fall.

Scientists found that although Britain is unlikely to be hit directly by an asteroid, it is at risk of deadly waves caused by an asteroid impact in the Atlantic or North Sea.

The announcement coincides with World Asteroid Day, an event co-founded by Queen guitarist and astrophysicist Dr Brian May to raise awareness about the importance of monitoring space rocks.

PhD student Clemens Rumpf has developed a software program called ARMOR, which calculates the risk of asteroids hitting Earth and their likely site of impact. 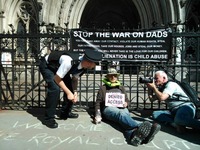 Scotland Yard has revealed the creation of a new unit of armed police officers who will be used to tackle the threat of a gun attack in Britain.

The SAS-style counter-terror unit will comprise of 130 specialist firearms officers (CTSFOs) and will be equipped with new weapons.

They will also receive training in other counter-terror tactics such as storming buildings to rescue hostages and fast-roping from helicopters.

Their formation comes as police and other emergency services carry out a full-scale counter terror exercise in central London on Tuesday morning, following the Tunisian massacre which took the lives of a suspected 30 holidaying Brits.

The new armed unit has trained alongside the army and will be deployed in response to shootings, like the Tunisian attack, and potential sieges which could develop from an assault.

The move is part of what David Cameron labelled a “full spectrum” response to extremism in schools, universities and prisons.

A Whitehall source likened radicalisation of young people to child exploitation and said that the guidance sent to teachers will tell them that it must be treated as a “safeguarding issue”.

They said: “This is grooming and should be dealt with in the same way as child exploitation.

“The extremists use the internet to recruit young people and schools should be teaching about the dangers of that.”

It comes as the Prime Minister announced a national minute’s silence on Friday of the victims of the tunisian terrorist attack – in which 18 British people have been killed.

It is also feared that up to 30 Britons could have died in the attack, carried out by 24-year-old Seifeddine Rezgui.

Government hopes for a shale-gas revolution have suffered a serious setback after Lancashire councillors unexpectedly rejected plans for the UK’s first fracking site – defying clear advice from their legal and planning advisors to wave them through.

The proposed project in Little Plumpton, near Preston, was turned down due to concerns over an “unacceptable noise impact” and the “adverse urbanising effect on the landscape”, Lancashire County Council said.

Cuadrilla, the company behind the unsuccessful application, said it would probably appeal the shock decision in what was widely seen as a “test case” for how willing local councillors would be to turn down fracking proposals.

The councillors’ own planning committee, whose recommendations they would typically be expected to follow, advised them to pass the application. Their legal advisors had also warned that there were insufficient grounds for rejection – which they said could open them up to a costly legal appeal.

School governors will have to be publicly named and be registered on a national database for the first time in the wake of the ‘Trojan Horse’ scandal.

There is presently no central register of who serves as a school governor, raising concerns that schools could be taken over by groups with radical agendas.

The Department for Education has promised to “toughen up” requirements for schools to publish the identities of governors, as well as creating a national database.

However, it will lead to concerns that some parents may be reluctant to take up the role if their details are made public.

Parents should report their children to the police if they are at risk of becoming terrorists, Theresa May said today.

In the wake of the Tunisia atrocity, the Home Secretary warned it was difficult for the intelligence agencies and police to stop so-called ‘lone wolf’ attacks launched by individuals who have been radicalised online.

And she revealed plans for a major counter-terror exercise to ‘test’ the country’s ability to deal with an attack on British soil, after 40 plots were disrupted in the last decade.

Meanwhile, David Cameron asked for flags over Number 10 to be flown at half-mast ‘in memory of the victims of the terrorist attack in Tunisia’.

Read more: http://www.dailymail.co.uk/news/article-3142063/Report-children-police-think-terror-threat-Theresa-tells-parents-bid-stop-lone-wolf-attacks.html#ixzz3eX7HxxIn
Bill maloney called yesterday for politicians to report their collegues to the police if they are involved in child abuse..
full interview here https://www.mixcloud.com/shylou73/lou-collins-radio-show-29615-bill-maloney-exclusive-dna-at-westminster-the-palace/

A 24-year-old healthy girl has won the right to end her life by euthanasia because she claims to have had suicidal thoughts since childhood.

The woman, known only as Laura, does not have any life-threatening illnesses but has still been told by authorities that she can voluntarily die.

She has been in a psychiatric institution since she was 21 and told local paper De Morgen:

“Death feels to me not as a choice. If I had a choice, I would choose a bearable life, but I have done everything and that was unsuccessful.

Assisted suicide has been legal in Belgium since 2003 and it is estimated that five people a day die that way.

First they came for the Socialists, and I did not speak out—
Because I was not a Socialist.

Then they came for the Jews, and I did not speak out—
Because I was not a Jew.

Then they came for me—and there was no one left to speak for me.

Hugs make you feel good for a reason and it’s not just the loving embrace that gives us that warm feeling in our hearts. It’s much more. It affects the entire body to such an extent that many scientists claim it is equivalent to the effect of many different drugs operating on the body simultaneously. Even seemingly trivial instances of interpersonal touch can help people deal with their emotions with clarity and more effectively.